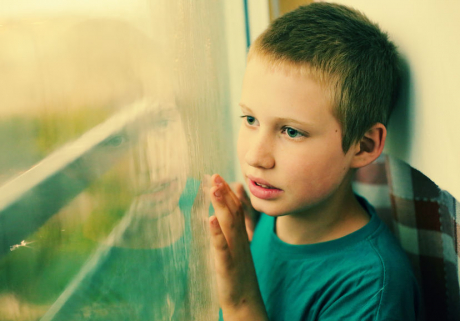 Evening balcony time with my son had become the time to have the “big” talks. This cool autumn evening was to be no exception. My son was about 14 years old and we were talking about some of his painful school experiences. I was trying to empower him, mirror to him the amazing person I think he is.  But then he told me his truth: “Mom, I just want to be normal! I just want to be like everyone else!” Having spent so much loving, playful energy into inviting his uniqueness throughout his life, I have to admit I felt shocked at his conviction. Had I failed him? I remember when he first was able to verbalize to me what he was noticing about himself. He was almost five years old when he told me: “Mom, I am Dumbo”. I remember how it broke my heart way back then. This was before my son had been diagnosed with Asperger’s, before we had an official name that would make it easier to explain to him, to others, some of what was “different” about him. I had so wanted to spare him this feeling of being Dumbo. Particularly because I knew what it felt like to be Dumbo.

I knew the pain of being rejected and ridiculed as a child because I was different. I had been the “fat” girl that got laughed at and chased around the school by the other kids. As I got older, I became more and more aware that my differentness did not stop at my body. I was too intense, too sensitive, too emotional, too inquisitive. Too much. Inside and out. It was very clear to a deep part of me that there was something very wrong with me. I did not belong. I was not wanted. When I got even older, I changed the one part of me that I could change – my weight -  and made myself smaller. WELL! – the world opened to me – or so it seemed. At least on the outside, I was NORMAL! It was a powerful experience to suddenly be “normal”. Intoxicating, for someone who has never experienced it. To finally be like everyone else! And yet, there was always a nagging feeling like the sword of Damocles. I knew deep down that this dance was somehow illusory, a Cinderella spell. As ferociously as I had worked for this gown of “normality”, I sensed that the stroke of midnight was unavoidable. Underneath I knew I was as different as I had ever been. This “normal” body was not going to get me the love that I had been yearning for. In fact, it may even be taking me farther from it. The journey ahead was clear: it was ME who needed to embrace all that I am, embrace Dumbo (inside and out), stop pursuing “normality”, and give myself “the generous invitation” to be. This is, of course, the never-ending journey of the self for all of us. Funny how it always feels like a surprising discovery, time and time again.

When my son was born, I felt sure I was going to give him a jump-start on this journey to self-acceptance. I did all I could – harnessing all the power of play I could muster -  to mirror him, invite him, contain him – so that -  from the start - HE would feel the confidence to be himself that I had lacked.  Not just in terms of his hypersensitive (autistic) brain – there is more to him than just that - but in terms of all of who he is. And yet, there we sat on the balcony, with him telling me that all he wanted in the world was to be normal, to be like everyone else. It did take me a moment to recover from the despair triggered in me at hearing those words. But I did recover. And we began a series of balcony conversations - lasting over the next couple of years –  about whether it would be better if everyone were the same. About whether being different is being inferior. About wanting to fit in. About not wanting to stand out. We talked, we argued. And I realized that I had to make room for my son’s insistence that being normal, not being himself, is the way to go. “Normality” has a powerful gravitational pull. We are creatures of attachment. We are social animals. There is a part of us that says fitting in is the answer. So my son wasn’t wrong when he sensed that. I had sensed it, too, when, as a young adult, I brutally halfed my body size in order to be “acceptable”.

It’s just that there is another, equally powerful part of us that cries out when we “disfigure” ourselves in order to fit in. That cry is the stifling of a “barbaric yawp”, a phrase used by Walt Whitman in his famous poem “Song of Myself”. This barbaric yawp shouts, “I am!” and is an expression of a powerful, primal mandate of nature moving us to reach and become. So here I find myself with my son – confronting a fundamental tension of human existence: Dumbo’s need to belong, on the one side, and Whitman’s barbaric yawp, on the other. My son was hearing Dumbo’s lament loud and clear. But I realized I couldn’t MAKE him hear his barbaric yawp. I couldn’t talk him out of wanting to be normal, or even love him out of it. He had to write this song himself. This yawp had to grow in him. And as painful as it was for me to watch, I had to let him ache to be other than he is.

My son’s developmental journey in this respect is only just beginning. But the other day, years later, when we were having another one of our balcony discussions, I prodded him with a thought experiment: if a pill was created that would make your “autism” go away, would you take it? He thought about this question for a while and then said with conviction, “No, I wouldn’t. My Asperger brain is a part of who I am and I want to be me.” At which my heart skipped a beat... was that a barbaric yawp? I just turned to him and nodded matter-of-factly. Inside, I fought the tears…