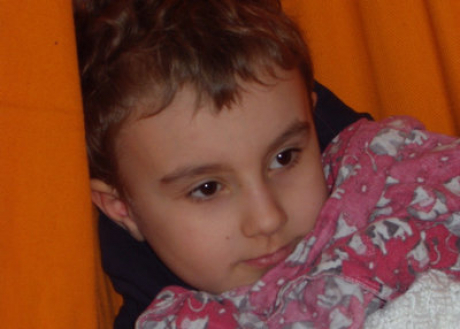 Some more bad memories. I am noticing it helps to write these memories down. It feels like, now that I am out of school, the “Iron Curtain” has fallen. I am remembering things I didn’t remember before:

This incident happened in Grade 3. I was 8 years old. It was just after the summer holidays. My Mom had kept me home from school 2 or 3 weeks even before the holidays began because things were going so badly for me. My Mom wanted to protect me. She hoped things would be better after a longer break. But they weren’t. They were worse…

This is what happened:

I was sitting at my desk at school.

(My desk was at the front of the class because I had trouble concentrating on the teacher. That did seem to help sometimes.)

The school assistant was sitting beside me.

(She often sat beside me to help me concentrate and do my work.)

I wasn’t paying attention to the teacher.

(I was already very overloaded all the time at this point. When I get overloaded I space out. Being spaced out feels like I am floating in outer space or like I am drunk and on drugs at the same time – I don’t actually know what alcohol and drugs feel like but that is what I imagine. I feel numb and totally in my own world. When I am zoned out I don’t feel anything and nothing gets into my world from the outside. Sometimes when I am in my own world like that I see films in my head and tell jokes to myself. That is why I sometimes start laughing and people think I am having a good time. They don’t realize that I am trying to escape the world because it is too much. Being spaced out is a relief, but also a feeling of being lost.)

I was playing with my pencils and my eraser.

(I needed something to play with in my hands. I often need this. I like to feel things. It calms me. I can sometimes concentrate better then. That’s why my Mom always had “fidgets” for me. But I often got in trouble at school for picking at my eraser and making a mess. Somehow I couldn’t stop myself, especially when I was spaced out. When I am really spaced out, I don’t really know what I am doing.)

The school assistant called my name several times to get my attention.

(She told me this later. But I was totally spaced out, so I couldn’t hear her even though she was right beside me.)

I didn’t hear her.

(I was shut down because I was overloaded, but she thought I was ignoring her on purpose.)

She kept getting louder and then she shook me with both hands, yelling my name.

(That felt like a sudden, huge explosion right in front of my face. I didn’t know what was going on!)

(I was feeling complete panic.)

I screamed and tried attacking her by hitting and kicking her.

(I thought she was physically attacking ME!)

She continued yelling at me, grabbed me, and pulled me out of the classroom.

(Her yelling and grabbing kept adding more and more explosions in my brain!)

She continued yelling at me in the hallway and I continued attacking her.

I felt completely out of control.

(This always feels like I am going to die.)

I don’t even remember how it ended.

(I think that was more than my brain could take. Usually I remember everything. But not here.)

Around the same time:

I had to go to the bathroom but I was gone for a long time.

(I really did have to go to the bathroom, but I also often used the bathroom to get some “down-time”. I didn’t know how else to get time by myself. I needed to escape from the noise and pressure.)

I noticed I couldn’t get myself to go back into the classroom, so I started wandering in the hallways.

(I couldn’t handle the pressure of having to concentrate and work. It made me so tired. I also couldn’t sit still. I felt I needed to MOVE. I could feel a tightness all the time in my body.)

When the classroom assistant found me wandering around, she was furious. She grabbed me really hard by the arm and pulled me the whole way back to the classroom door.

(When she grabbed me like that and started pulling me down the hall, I felt like what I imagine being raped feels like. Like she was taking control over my body! It was more than I had ever experienced before!)

She started yelling that I needed to go back into the classroom. It is school time.

(It was impossible for me to do any work now! I was terrified and totally overloaded. And being overloaded was the reason I was wandering in the halls in the first place!)

She started pulling me into the classroom and I started screaming and attacking her.

(I didn’t know what else to do! I was feeling so helpless. It felt like she was forcing me to go to war!)

She kept yelling but now I was so out of control that there was no way I could go back into the classroom.

(This felt again like there was no way out. I felt like I was being killed. And my body was fighting to stay alive.)

They called my Mom and my Mom took me home.

(By the time my Mom came, I felt like I had lost the fight. That I was dead.)

(My school assistant said I was doing that on purpose to get her to do what I want. That I was doing it to make her feel sorry for me. So she said she was just going to ignore it when I do that.)

Then this incident happened.

I had gone to the toilet and then did not return to the classroom afterwards.

(I was totally in my own world. I wasn’t thinking about what I was doing or how the school assistant would react.)

I went into a spare room and started playing with some sand that was there.

(The sand was like a lifeboat for me. I liked putting my hands in the sand and letting the sand fall through my fingers. Doing that calmed me. I also had a shovel and made patterns in the sand. This also calmed me.)

My school assistant found me and was angry.

(I first felt a shock because I was ripped out of my world when she came in. And I felt immediately scared.)

She told me I was supposed to work, not play.

(But I felt like I needed to calm myself more!)

I said I wanted to continue playing with the sand.

(She thought I was refusing to work, but for me, it felt like I HAD to play with the sand.)

She told me I have work to do. School is for work not play.

(I don’t think I was able to “work” at that time. I was always too overloaded. I couldn’t listen to the teacher. I couldn’t sit still and be quiet. I couldn’t concentrate or even think. I just wanted to be free.)

I told her that I want to keep playing with the sand.

(At that time, I wasn’t able to explain myself. I just knew I needed the sand.)

She yelled at me, “Are you listening to me?!”

(Now things started getting intense. She was loud and she was right in front of me. I was getting more and more afraid of her. It felt like she was attacking me with her voice.)

(I think I meant, “I HAVE to keep playing!” That is how it felt. I could feel an urgency growing inside of me. I was starting to feel desperate.)

“What you HAVE to do is WORK!” she yelled back at me.

(She yelled so loud that I felt like someone hit me over the head without preparing me. I felt complete shock.)

Then things started exploding. I started attacking: hitting, kicking, biting. Both her and myself.

(I actually felt total panic. Like a wild animal. At that age, I attacked myself because I needed to find something, anything to attack. Either her or me, it didn’t matter.)

She started getting even louder.

I was now completely out of control.

(There was a wild tornado in my head.)

She grabbed me and tried to stop me physically from hitting her.

I bit myself on the hand so hard that it started bleeding.

(I couldn’t feel the pain. I just had to bite something really hard! And my hand was what was there…)

The meltdown continued for a very long time. It was the worst nightmare I could imagine.

(I was screaming so hard that I started coughing and fighting for breath, which made me feel like I was being buried alive. There was sweat dripping down my face. I felt like I was going to die or even that I wanted to die to make it stop. I just couldn’t take it anymore but it just didn’t stop. This was the longest and worst meltdown I had ever had.)

Finally my Mom came to pick me up.

(I had become completely exhausted by then. I felt brain dead. But I also felt ripped open. I was never the same after that. I remember telling my Mom that a part of me had been killed forever. After that it felt like I was even MORE sensitive and even MORE easily overloaded than before. Like a layer of skin had been stripped off of me. So I was totally spaced out and screaming all the time.)

My Mom would not send me back to school after that for a while. The autism specialists told the school assistant to not let incidents like that happen again. So my Mom had to send me back to school eventually. My Mom arranged for me to go to a new, special class for Asperger kids in the coming month. But she didn’t tell me that then because she thought I would panic. Even though life was horrible, I was even more afraid of change.

I had really loved my school assistant at first. Now I totally hated her. She was like Hitler to me now. And still I was afraid to leave her.