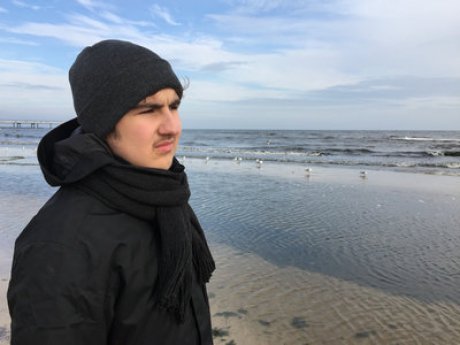 I remember details very well. Sometimes a memory is even like a film that plays back in my head. When I remember like that, I feel like I am re-living what happened all over again. This makes it hard to forget. Which is a problem when it is a bad memory.

Here is a bad memory.

It was a difficult time in general.

(I was feeling alarmed a lot.)

I was going to change to a new class the next year.

(This was very scary because change is hard and because I was concerned about the teacher. I had heard that he was a “yeller”. I can’t stand it when people yell. It feels like they are hitting me with their voice. I feel scared and then feel the need to attack.)

Then my teacher, who I had had for the last three years, got sick and was not going to be there for the rest of the school year.

So there was a new teacher in the classroom.

(I was not feeling good about the new teacher. From the way she talked with me I could tell that she didn’t understand me. I felt unsafe in this new situation.)

All of my friends had changed to new classes the year before already, so I had no one but the classroom assistant left.

I was sitting at a large table with other children.

(This situation was difficult because it was hard to concentrate. I had to learn about things that didn’t interest me and I was feeling alarmed and unsafe. It is easier for me when I am sitting at my own desk – especially with headphones on so that it is not too loud.)

I was talking to myself.

(I do this because I feel the need to connect with myself. Otherwise I feel lost, which is scary. It helps me to hold on to myself.)

The classroom assistant told me to stop and I said that I couldn’t.

(I really couldn’t stop myself because I needed to hold on to myself badly in that situation.)

The classroom assistant got angry and said that the other children cannot concentrate and that I should leave the room.

(I didn’t want to leave the room because I knew it was meant as a punishment. She thinks I am being bad.)

I refused to leave and got loud.

(Now I was feeling angry, too! And insulted.)

She physically pulled me out of the room herself.

(Now I was feeling shocked and furious because I could not stand this way of being treated. Like I was a criminal!)

I told her that she was accusing me of being Hitler or Stalin.

(I sort of knew she wasn’t, but it felt that way to me. That she thought that I was a very bad, horrific person.)

She got very angry and said that she had not said that and that if someone had accused her of being Hitler or Stalin that would deeply hurt her feelings.

(But that’s exactly it! My feelings WERE deeply hurt by what she said. She didn’t understand what I was trying to say!)

(Now I was beginning to feel out of control.)

She said that my behaviour is totally unacceptable and that I was almost an adult and that this behaviour just had to stop.

(I couldn’t stand someone saying things like this to me. Especially if they are yelling! I felt like there was now a war inside of me.)

I yelled at her that I have an Asperger brain and can’t help it.

(I was trying to explain to her that there is a reason for my behaviour. That I am overloaded not bad.)

She said that that is just an excuse. The other children with Asperger brains don’t act this way.

(Now I felt shamed. She was saying that only I am like this. That there is something wrong with me. That I am the only one and that I am bad.)

I started screaming that she hates me.

(I was getting terrified. I felt I was being rejected by her.)

She yelled she doesn’t hate me. It’s just that there is no other way to deal with me. What if I come one day to school with a gun!

(Now this was too much…. The war went crazy inside of me. She thinks I am THAT bad!)

I started hitting and biting myself to the point that my hand started bleeding.

(I felt completely out of control. I was also hating myself and was trying to punish myself by hitting and biting myself.)

I also tried biting her but she stopped me and then went back into the room saying she will not be a part of this.

(I was left alone screaming. I felt like I was being killed.)

I tried to calm myself down because I needed to talk to her again.

(I was feeling so desperate and I needed someone to help me feel better. I needed help! So I HAD to calm down a bit in order to get her to come…)

After a while I was able to calm down enough to knock on the classroom door and ask to see my assistant. The teacher said no, the assistant was busy.

(I felt a growing urgency…)

I pleaded with her to please please let me see her.

(Now I was starting to feel panic…)

The teacher refused and closed the classroom door.

(No one was going to help me! I felt like I wanted to die.)

I started screaming and hitting myself again.

I was left alone in the hallway and went into an empty room.

(I didn’t know how I was going to be able to comfort myself. I felt completely out of control which is the scariest feeling there is. I really really felt like I was going to die.)

I screamed and cried alone for ¾ hour.

(When I stopped, I felt broken inside.)

Finally my Mom came to take me home.

(By then I was feeling numb.)

My Mom kept me home from school for 2 months after that.

(I didn’t want to stay home because I wanted to make it good with the classroom assistant. I wanted to make it right with her again. I felt bad about how I had acted. My mom told me years later that the classroom assistant had said that SHE did not want me back but my Mom didn’t want to tell me that. I think that would have made me want to die if I had known that she felt that way about me at the time….)

I remember how often I felt people didn’t understand me at school. I remember those situations where I felt out of control because I was completely overloaded. They thought I was bad at school. I worried I was bad, too. But now that I am out of school I know better.