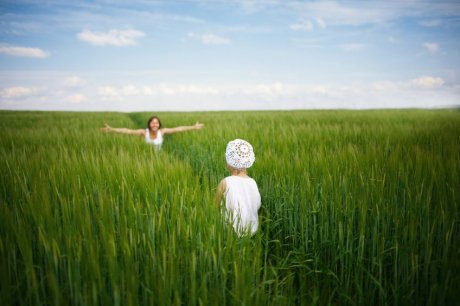 I tried preschool for my son. It was traumatic. I lost 10 kg. in 8 weeks. My son started having nightmares, hitting himself over the head, biting himself, banging his head on his desk. It was clear this preschool thing had to stop! So I made it stop.

I was furious at myself for having caved in to the pressure of sending my son to preschool. But the entire horror did serve one purpose: I knew now that there was no way school was going to work. And it had to work – because home schooling is illegal in Germany. It was clear to me that we were going to need help. Lots of it. And the only way to get it was to get a diagnosis.

Getting a diagnosis was not difficult. I knew the diagnostic criteria for Asperger’s, I knew my son fulfilled them, and I knew we would walk out of that doctor’s office with official verification that my son was on the autistic spectrum. This did not devastate me. On the contrary, I NEEDED that diagnosis. And I needed it to be “dramatic” enough to get as many accommodations for my son as possible. I had to find a way to keep him safe. That was all that mattered.

It was when I saw my son with the other children at school that I started feeling the pain - as a mother - of this “diagnosis” for my son. I had always known my son was different. From the day he was born. But because I could barely leave the house with him, I was pretty isolated. I spent all day, every day, playing with and loving my son for the sensitive, creative, intense individual he is. He was my first and only child. I had no point of comparison. The comparisons started when I watched him in the classroom. His helplessness in contact with other children, his eccentric and often inappropriate topics of conversation, his intense emotional outbursts, and his glaring self-centeredness pained me – even embarrassed me. For the first time I was yearning for my son to try to be more “normal”. Not be so conspicuous.

As we started being able to go out in the world more, I had to deal with looks of shock or disapproval when my son would have a meltdown in the supermarket, on the bus, in the street. I myself had always been such a “good” girl. Now I was being looked at as a “bad” mother. With a “bad” child. This felt intolerable to me. And I started getting angry at my son for “doing this” to me. As issues of aggression started arising for my son in school, I felt I was being pushed to my limit. This was more than the “good girl” in me could accept. MY son is aggressive?!!!

The tension in me at this time was excruciating: as a mother, I was being driven by my love for my son; but as a “good girl”, I was being driven by my lifelong pursuit of the love and approval of others. I felt I was being torn apart. My life had now brought me to a point where I had to take a stand. Either I submit to the temptation of being “good”, of avoiding conflict, of living up to expectations, of fitting in, or I come alongside my child.

But there was more to the story. Part of being a “good girl” was being “nice”. I had been a kind of “Shirley Temple” as a child, ringlets and all. Whereas my son was hitting, kicking, biting, scratching, and screaming at people that they were Hitler! To come alongside my son meant that I also had to come alongside THIS attacking energy! To invite my son meant I had to be able to invite THIS – not only in him – but in myself, as well.

I suppose this dilemma is inevitable. It makes sense that the impulse to extend a generous invitation to our children, to say “yes” to who they are, will bring us to tripping over the limits of the invitations we ourselves have received. It is inevitable that we will stumble over the boxes we have been trying to squeeze ourselves into. And the pain of the rejections we have experienced – the rejection of those parts of us that were not wanted, were not loved - and which we ourselves now consider unwanted and un-loveable. I had already spent a lot of time looking at these things that I had edited out of me to be “good” and the price I had paid in doing so. Now my son’s urgent need to be invited and my deep love for him was demanding that I finally ACT on what I knew I must do. It was time to say an understanding but firm “no” to the good girl in me and a resounding “yes” to my son.

Which – like in an Escher painting - also meant finally extending my own “yes” to me. That is nature’s beautiful irony.